Farmington, NM ­- The Farmington Police Department is working to combat property crime with a newly implemented program – impact teams. The teams are led by a corporal and comprised of one member of each of the following divisions: patrol, detectives, District Coordinator Unit, and traffic. Their monthly operations are carried out using a data-driven approach to decrease crime in problem areas. Target crimes include residential burglary, auto burglary and shoplifting. The team chooses a specific crime and location according to data provided by FPD’s crime analyst. “Property crimes are among some of the most difficult to investigate and incredibly frustrating for our citizens,” said Capt. Dowdy. “By taking a proactive, data-driven approach to these types of crimes, we hope to greatly reduce the number of occurrences.”

The impact team’s initial operation took place in September 2017; they’ve since conducted five successful operations. December’s operation targeted shoplifting at select major retail stores and resulted in 23 arrests; the highest number thus far. Of those arrests, 19 were from warrants, 11 from shoplifting charges, four trespassing charges, seven drug-related charges and one open container charge. The team’s most recent operation took place in January and focused on burglaries in known problem areas; six arrests and three citations were issued. Of those arrests, two were of individuals who had warrants for burglary.

The program’s overall success will be measured by the number of arrests made in addition to whether or not target crimes in specific areas decrease. “The safety and well-being of the community are of the utmost importance to FPD,” said Capt. Dowdy. “We will continue to monitor crime trends, analyze the effectiveness of this new program and adjust our approach to addressing these crimes as appropriate.”

Seeking information on the disappearance of 83-year-old Lynn Goldin

Farmington, NM – Detectives with the Farmington Police Department are reaching out to the community for assistance in locating missing person, Lynn R. Goldin. In August of 2016, Lynn, 83, left his home in Vancouver, Wash. bound for Hogback, N.M. in search of treasure. He hasn’t been seen since. At the time of his disappearance, Lynn was described as 5 feet 10 inches tall, weighing 220 lbs. He had a white beard, short grey/white hair and no tattoos or scars. Lynn would have been wearing a hat of some type, loose fitting pants and always wore a Black Hills Gold crucifix.  He was driving his grey 2006 Hummer H2 with a personalized Washington license plate: GOLDIN2.
Aaron Goldin, Lynn’s son, explained that his father loved to travel to different states and prospect for treasure. Aaron said it wasn’t his father’s first trip to the area as he and Lynn previously traveled to Hogback. They explored the mesas and canyons north of PNM Power Plant in search of unclaimed treasures. Aaron spoke with his dad on August 29 when his dad told him he was headed to New Mexico, but when his father hadn’t checked in with him by September 10 and he was unable to reach him by phone, he contacted the Farmington Police Department for assistance.

It was confirmed that Lynn arrived in Farmington. He made a purchase at Walmart on West Main Street on September 1 and a short time later purchased fuel at the Circle W on U.S. Highway 64 in Waterflow. Lynn hasn’t been seen or heard from since. His vehicle hasn’t been found and there’s been no activity on his credit card.

On September 22, 2016, Aaron and Brian Goldin, Lynn’s grandson, traveled to New Mexico to conduct a search. They rented an airplane and coordinated assistance with the New Mexico Badlands Search and Rescue Team Inc. but were unsuccessful in locating any signs of him. Extensive follow up has been conducted in efforts to locate Lynn and his vehicle with no success.

Farmington detectives are asking anyone with information about Lynn R. Goldin and/or his vehicle to call Detective Heather Chavez at 566-2370 or non-emergency dispatch at 334-6622. Anonymous tips may be submitted to San Juan County Crime Stoppers at 334-TIPS.

*Attached is a photo of Lynn Goldin and a stock photo of the type of vehicle he was driving. 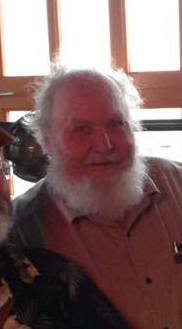 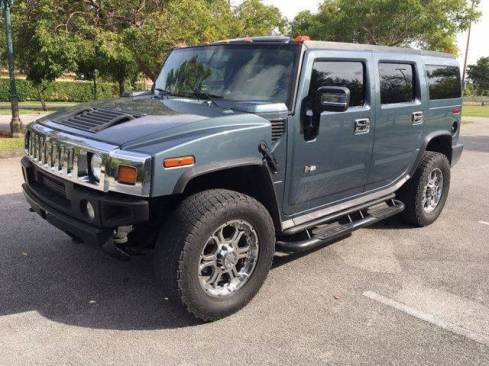 Why do we disclose the location of our focused traffic enforcements?

Our Traffic Division monitors activity throughout Farmington and focuses their efforts on high problem areas where speeding and crashes are common occurrences. We’ve been sharing our focused enforcements on Facebook and are frequently asked why we disclose the locations. Our goal isn’t to get out there and write as many tickets as possible, but rather to prevent traffic violations and reduce the number of crashes by being highly visible to the public. This helps to serve as a deterrent, reminding people to slow down and abide by traffic laws. In addition, it increases transparency and public participation. We want you to know about the problems we face and how we are working to solve those problems. We also need your help to make Farmington the best place to live, work, and play.

Starting today through the end of August, our Traffic Division will be focusing their efforts on East and West Main near both Walmarts. These are areas where crashes commonly occur. Please help us keep our roadways safe by observing the rules of the road and Reporting Aggressive and Drunk Driving by calling 911. #RADD #slowdown#waittotext #traffictuesday

Farmington, NM – The Farmington Police Department, in partnership with surrounding law enforcement agencies, will be conducting DWI checkpoints during the month of August. The checkpoints are part of the New Mexico Department of Transportation’s 100 Days and Nights of Summer campaign. The campaign runs from June through September. These checkpoints are in addition to FPD’s ongoing RADD campaign (Report Aggressive and Drunk Drivers), which encourages citizens to call 911 to report aggressive and drunk drivers.

May is Motorcycle Safety Awareness Month. This month’s Traffic Tip Tuesday topics will be dedicated to safe motorcycle riding. Our first post for May is a video on safe braking.

I want to pass on a brief story that just took place. Wednesday, officers responded to a local hotel to evict an individual who could no longer pay for her room. It turned out to be a mother and her four children. Officer Keith Herrera was the responding officer and instead of simply evicting her, he worked hard to help the woman find a place she could stay. He contacted several charities, however, none could accommodate her at this time. When the officer ran out of options, he contacted his supervisor and eventually his shift commander, Lt. Dale Bode. Lt. Bode used his own money to pay for four additional nights for the family to stay at the hotel. Officer Herrera gave the mother money for food. When word hit the station, employees donated additional money so the family could buy Christmas presents and would have gas money to get to Phoenix after the holiday. In total, individual FPD employees donated over $1,200 to the family. Additionally, Officer Herrera and Corporal Al Boognl picked up the family and took them to Target so they could do their Christmas shopping. Target was extremely supportive and donated to the family as well so that they would have a surprising and unexpected Christmas.

It can be easy to forget how many good people put on the blue uniform. Police officers see so much of the hopelessness of things around us, from alcohol and drug abuse to violence. We in Farmington are fortunate to have so many good men and women who are determined to make a difference in the world. As their chief, I am very proud of them. To the community, I ask you to keep this family in your thoughts and prayers. I also ask you to remember all the men and women devoted to keeping us safe, even during the holidays.