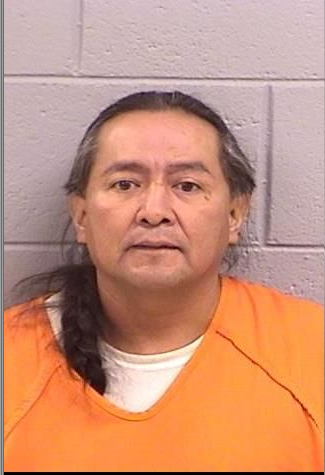 Farmington, N.M. –Farmington police are seeking information on the whereabouts of 44-year-old Waylon Johnson of Farmington. Johnson has an active warrant on charges of kidnapping, criminal sexual penetration and aggravated battery against a household member stemming from an incident that occurred early this morning.

Officers were dispatched for a report of fighting around 6:53 a.m. in the 1100 block of South Bowen Avenue. Officers arrived on scene and were given information that a man, later identified as Johnson, had kidnapped, battered and sexually assaulted a woman and that he was inside the home armed with a bat.  Negotiators attempted to contact Johnson by phone without success. After a warrant was obtained for Johnson’s arrest, SWAT and K9 officers entered to home, but Johnson had left the prior to their arrival.

The incident remains under investigation. Police are asking anyone with information on Johnson’s whereabouts to call dispatch at 505-334-6622 or SJC Crime Stoppers at 505-334-TIPS.