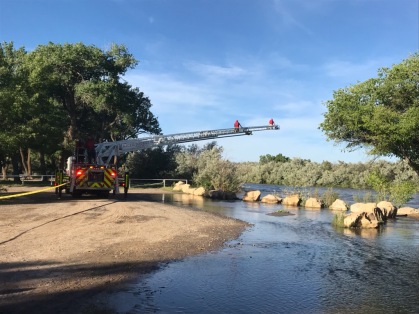 Farmington, NM – Farmington police, along with other first responders, was dispatched yesterday to an individual who was in the Animas River. The call came in to dispatch around 5:49 p.m. after a family saw the person, identified as 51-year-old David Lee of Shiprock, floating in the river near Boyd Park. Farmington and San Juan County fire departments, Farmington police and the San Juan County Sheriff’s Office worked to locate Lee. Fire personnel were able to pull him from the river near CR 6255. Medics transported Lee to San Juan Regional Medical Center where he was later pronounced dead.

This incident remains under investigation.