This week’s topic came from our comments section on Facebook. Drivers using the center turn lane as a merge lane or stopping in them after exiting a private drive, waiting for traffic to clear.

I know you see drivers doing this as much or probably more than we do. A driver will exit a shopping center, enter the center turn lane and either stop or accelerate using it as a merge lane. It can be quite aggravating, especially when you are trying to turn into a business and the other driver is occupying the space designated for your turning movement.

This movement is covered under City Ordinance Sec. 25-3-3

“Two-way left turn lanes:
A two-way left turn lane is a lane near the center of the highway and designated by parallel double yellow lines, with the interior line dashed and the exterior line solid, on each side of the lane. Such lanes, whether with or without indicating arrows, shall be used only for making left-hand turns as provided in section 25-1-1/66-7-322, the completion of left-hand turns, or the crossing of such lane incident to crossing the roadway on which the lane is located. Through travel and passing in such lanes is unlawful.”

We have these areas on many of our streets in both business and residential areas. As explained in the above ordinance, these lanes are for turning movements only. These lanes are not to be used for any other purpose.

One of the reasons for this ordinance is to aid the flow of traffic. If a vehicle is occupying the space needed for a driver trying to make a left turn, it slows down all the traffic behind them. The vehicle stopped in the center lane can block the view of other drivers making this a contributing factor in a collision. Additionally, the sudden slowing of traffic can catch a driver unaware and a collision can be the result.
I’ve witnessed both on and off duty, drivers using the turning lanes as acceleration lanes and cutting other drivers off when merging into traffic. This causes frustration on the part of other drivers and occasionally a collision.

Please drive courteously; remember waiting those few extra moments can save you from being involved in a collision. 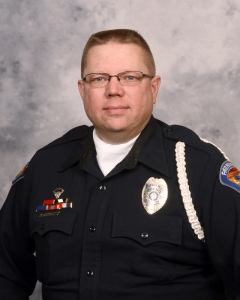 Martin Snowbarger has been a law enforcement officer for 18 years. He’s worked for the Farmington Police Department for 15 years and in Raton, NM for three years. Officer Snowbarger has been with FPD’s Traffic Division since 2003 and has been a Certified Child Passenger Safety Technician and Traffic Collision Reconstructionist for 11 years.